If there was a day where Team Spur Specialized’s Alan Hatherly and Simon Andreassen were really going to shine, it was stage three of the Momentum Health Cape Pioneer Trek presented by Biogen.

After yesterday’s long day in the saddle, riders were presented with a short, sharp and extremely fast 31km time trial. A large majority of the stage described as ‘Saasveld Singletrack’ was made up of lush forest trails in George.

Hatherly and Andreassen set a blistering time of 1h 13m 30s with an average pace of 27kph – something most road cyclists would be happy to achieve over a similar distance.

“This was by far the best stage for me. We managed to make up some crucial time to get back into contention for the overall win,” said Andreassen.

Securing second overall was Team Pyga Euro Steel’s Matthys Beukes and Philip Buys, who finished roughly 51 seconds behind their rivals. While the pair is far more comfortable over longer distances, their hard efforts were enough to secure the yellow jersey for yet another stage.

“Hats off to Alan and Simon, they were incredible out there today. Tomorrow is going to be long and tough through Montagu, and hopefully we’ll extend our lead,” said Beukes.

In the female category, it was once again the ladies in pink and overall leaders who set the fastest time.

Cemile Trommer and Karen Brouwer (Team KCM Focus) were untouchable as they pushed the pace through tight switchbacks to finish in 1h 34m 57s.

With an impressive two minute gap on their closest competitors, Trommer commented:

“I knew that there was no room for error today, so I was so grateful that I could stick behind Karen and just follow her back wheel. It was all terribly exciting!”

Landrover Women’s Michelle Vorster and Aurelie Halbwachs snatched the second spot for the day, with Yolandi du Toit and Catherine Williamson (Team Garmin) finishing in third with a time of 1 h 40m 21s. 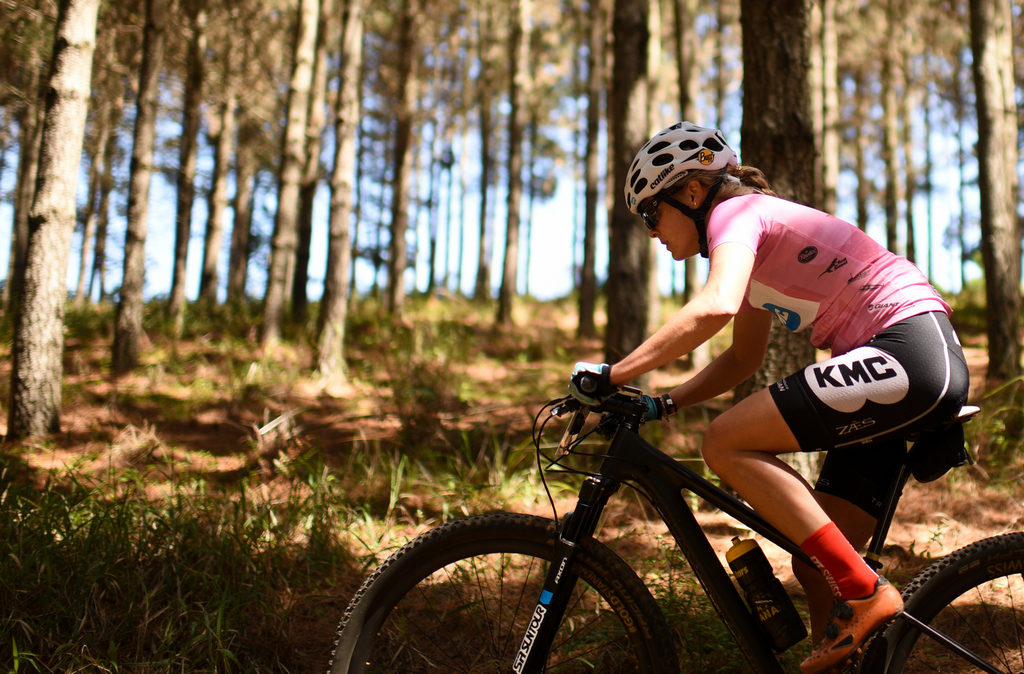