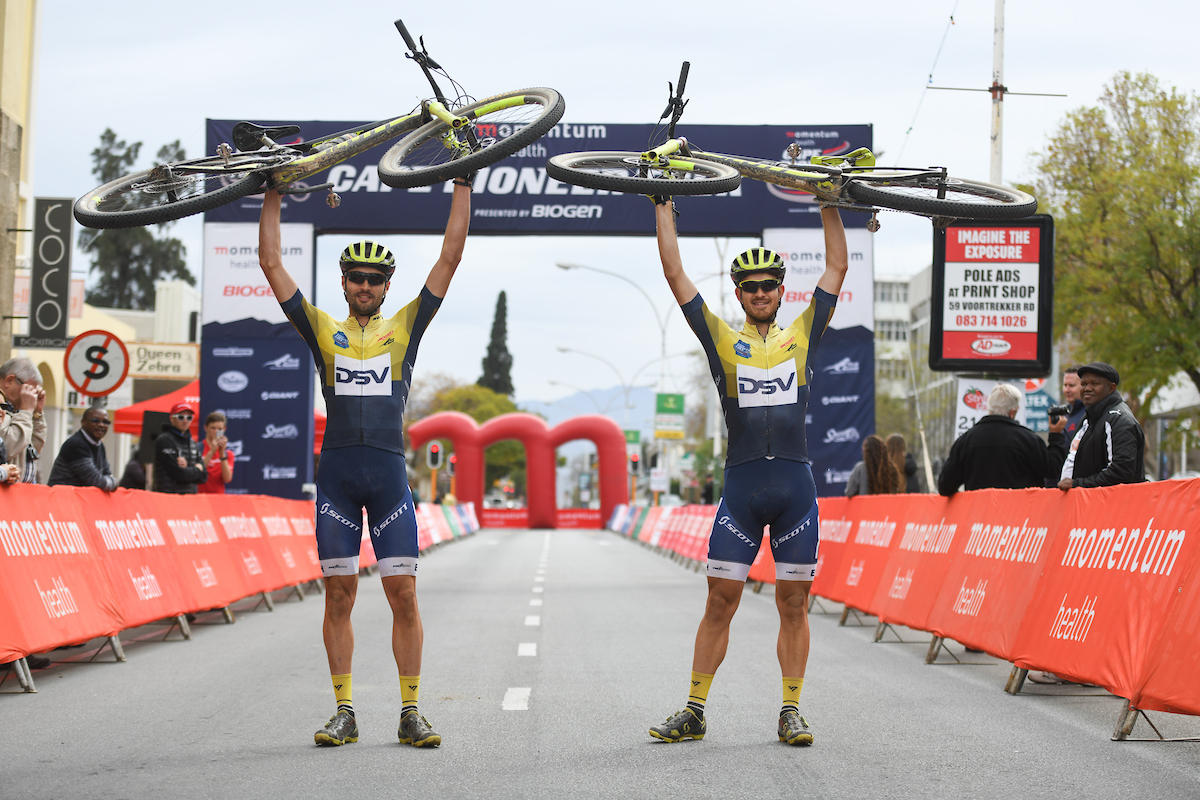 The curtains of the 2019 Momentum Health Cape Pioneer Trek presented by Biogen have officially drawn to a close.

DSV Pro Cycling’s Gert Heyns and Arno du Toit were eager to run riot over familiar trails as they entered the final stage with a slender lead over KMC’s Gerbon Mos and Tim Smeenge. DSV tasted blood early into the 65km route and set a tempo that was just too much for KMC to hold onto.

It was clear that Heyns and Du Toit were revelling in flying over the single track that they know so well, and stormed across the finish line to take the stage win and victory overall.

The DSV team had been kept out of yellow for most of the race due a mechanical on stage one, but also because of the relentless pace on the flowing Klein Karoo trails from a dogged KMC.

“This is the first time that Arno and I have won this race as a team, and KMC really didn’t make it easy for us. The event may not have been all about stage wins for us this year, but we came through when it counted most and we couldn’t be happier to walk away with the title,” said Heyns.

Having come so close to victory and ultimately securing the second spot on the podium overall is something that the Netherland’s KMC is extremely proud of. Mos commented, “We gave it our best shot, and for the first time in five years got to wear the yellow jersey! DSV were the stronger team over seven days, however, and deserve the win,” said Mos.

Finishing the event in third place overall was Asrin Cycling’s Wolfgang Krenn and Moran Vermeulen. As new comers to both the mountain bike and stage racing scene, the international team admitted to being completely out of their comfort zone.

“We didn’t really know what to expect, except that we had to approach this race completely differently than what we’re used to. It’s an amazing experience to be in South Africa and we really enjoyed getting a feel of what stage racing at this level is like,” said Krenn.

In the women’s race, Theresa Ralph and Sarah Hill crossed the finish line as the undisputed queens of the ‘Race with Soul’. It was a masterclass performance from the Galileo Risk – Liv pairing who practically made the past seven days a victory lap.

“It was a hard seven days for me, and my legs only had just enough left in them to finish today’s stage. It makes it really satisfying to conquer a race like this though, and I couldn’t be prouder to have done it alongside Theresa,” said Hill.

Despite battling with an injury, Dormakaba’s Sam Sanders made sure to end the event on a high note by taking the stage win with her teammate Amy McDougall today.

“Sam underplayed how much pain she has been in over the last week. She was determined to finish the event though, and that’s everything I could ask for in a teammate,” said McDougall.

It was Seattle Coffee’s Nicky Giliomee and Cherise Willeit who rounded out the women’s podium both on the day and in the general classification. 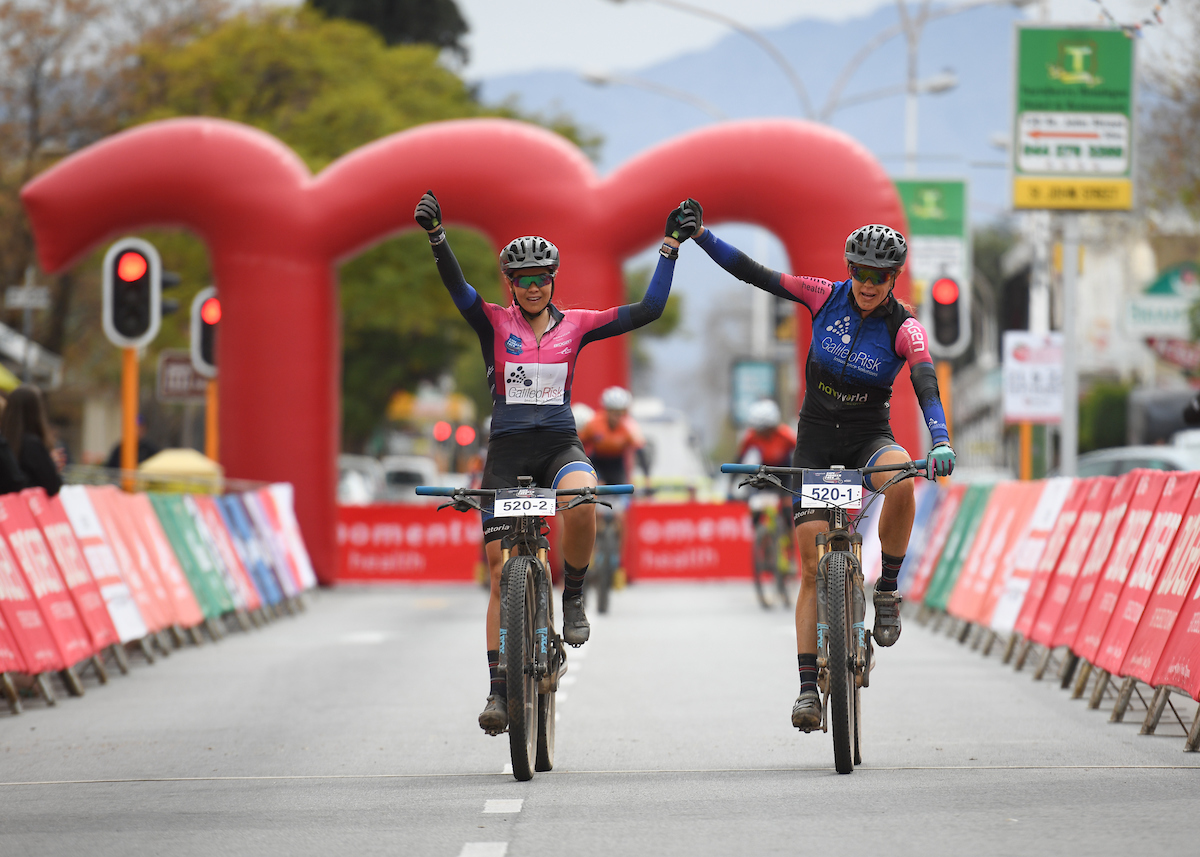 The 2019 edition of the ‘Race with Soul’ showcases a culmination of the best trails and areas we have utilized over the last 10 years. The focus is on pure enjoyment and the emphasis has been shifted to more scenic areas to ride through. Image by Marike Pearton from www.zcmc.co.za

Copyright Your Business LLC. 2020 - All Rights Reserved
Back To Top
×