Low hanging clouds hung heavily over the Swartberg Mountains at the start of the fifth stage of the Momentum Health Cape Pioneer Trek presented by Biogen.

The beast that is the Swartberg Pass was veiled in swirling mists and brooding storm clouds. But would soon be revealed to break wills but also bestow legendary status upon those whom stand victorious atop the pinnacle of this, the Queen stage.

The tension in the lead peloton was palpable throughout the early parts of the stage as teams felt each other out with probing attacks. After the ascent of the Swartberg Pass had to be called off last year due to inclement conditions, riders were keen to exact their revenge on the beast this year. With just 8 seconds separating the two leading teams the stakes had never been higher. 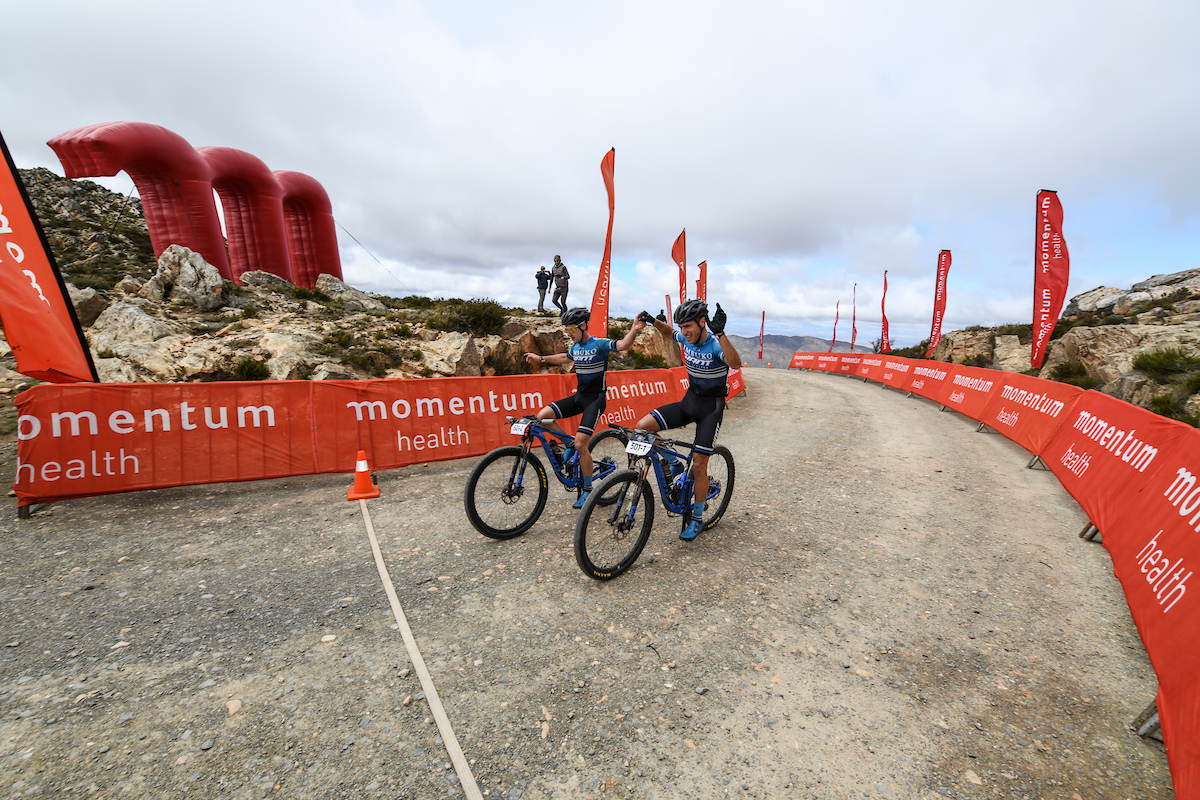 Imbuko Giant were the first to put the hammer down and had already opened up a substantial gap on the chasing pack by the bottom of the pass. The pair were obviously keen to tap into the blistering form that they had shown on yesterday’s stage and had eyes only for stage glory. The duo proved untouchable on the day and sealed an emphatic stage win for the second day running.

Further down the long, winding 11km ascent the fight for the yellow jerseys was intensifying. Team Asrin were the first of the big players to crack but pulled their way back as the pace slowed slightly in anticipation of the big attacks that were sure to come near the summit. Team DSV, sensing weakness in KMC, banged on the pedals and set a pace that was difficult to follow. KMC simply did not have the legs to follow and DSV emerged out of the mist atop the snowy summit as the new race leaders.

“In the bigger picture, the race for yellow was all that counted today. We had a tactical plan and knew that we had to save our legs for the climb at the end. We managed to execute that and pull a lead on KMC,” explained Heyns.

Withaar and Liebenberg, Absolute Motion, managed to stick with DSV to the end and ultimately ended up beating them to the line to wrap up second place on the day. DSV now hold a 1:24 lead over KMC going into tomorrow’s final stage. Team Asrin managed to do enough damage limitation to remain in third place. 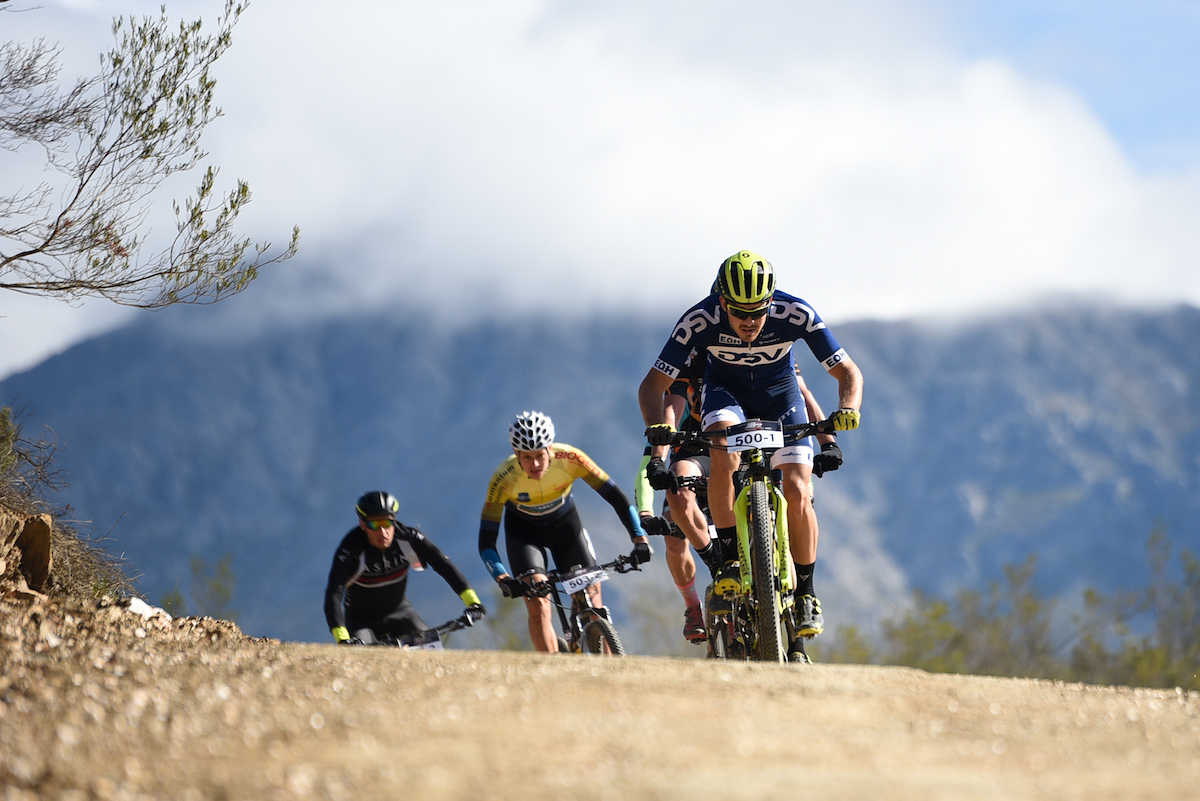 The women’s race is quickly turning into a victory lap for Team Galileo Risk – LIV as they put on another masterclass today, leaving Team Dormakaba floundering in their wake once again. Ralph and Hill arrived at the summit of the Swartberg Pass as the undisputed queens of not only the stage but now most likely the race.

Sanders and McDougall fought tooth and nail the whole way up the unrelenting mountainside but couldn’t do enough to reel the leaders back in. They retain second place however, with Seattle Coffee, Giliomee and Willeit, rounding out the podium both on the day and in the general classification