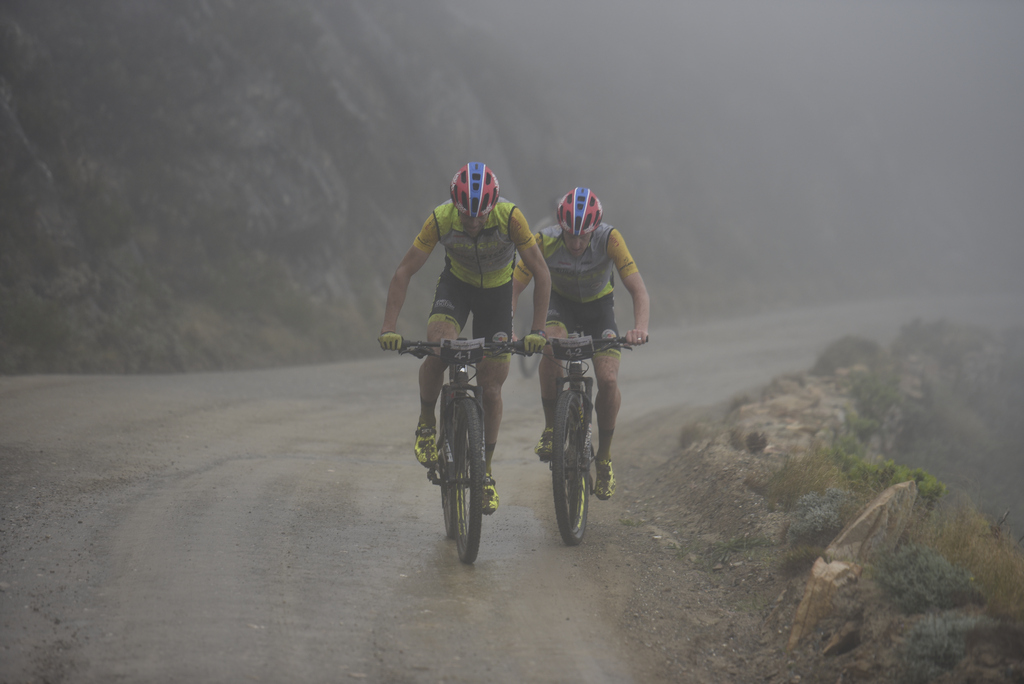 The mighty Swartberg Mountains made a mammoth return for the fifth stage of the 2018 Momentum Health Cape Pioneer Trek presented by Biogen.

In what is described as the ‘Queen Stage’, riders were elevated to close to 2000m above sea level for what was supposed to be an epic mountain top finish.

While a select group of competitors managed to get the full mountain experience, a large majority were forced to turn around as they attempted to forge through icy rain, heavy winds and sub-zero temperatures!

Some European cyclists went as far as to describe the conditions as the “most extreme they had ever encountered”.

It was a scene to behold as riders took shelter at a nearby restaurant called ‘Kobus se Gat’, where they sat around a fire exchanging blankets and dramatic war stories. 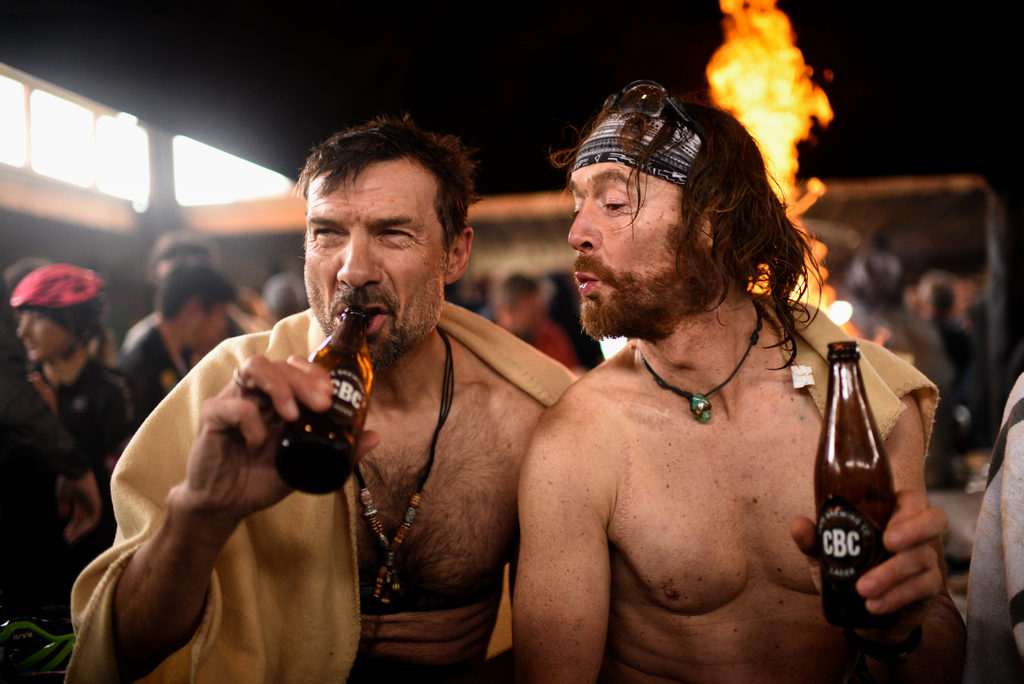 After eventually changing the finish line venue entirely to prevent riders from summiting the Swartberg at all, race director Henco Rademayer commented:

“Usually it’s a tough call to make, but the extreme conditions made this decision easy. Rider safety always comes first.”

Before the conditions became too extreme, event leaders Matthys Beukes and Philip Buys (Team Pyga Euro Steel) managed to snatch up yet another stage win.

They broke away with Team Spur Specialized and NAD MTB quite early into the 97km route, and without taking any passengers set off into the Swartberg Mountains for a showdown.

Low clouds ominously hid the landscape, but the riders were fully aware of the monster climb in store.

Things got exciting when Beukes and Alan Hatherly (Spur Specialized) pulled ahead of the leading group.

A game cat and mouse ensued, and Buys dropped Spur Specialized’s Simon Andreassen to cross over to the leading pair up front.

Subsequently, Hatherly had to wait for his teammate, and Beukes and Buys reinforced their dominance as they blazed across the finish line first.

Once again, it will be the unstoppable pair who retain the yellow jersey and overall lead.

Spur Specialized will be satisfied with their hard-fought second place, ahead of rivals NAD MTB who finished in third. 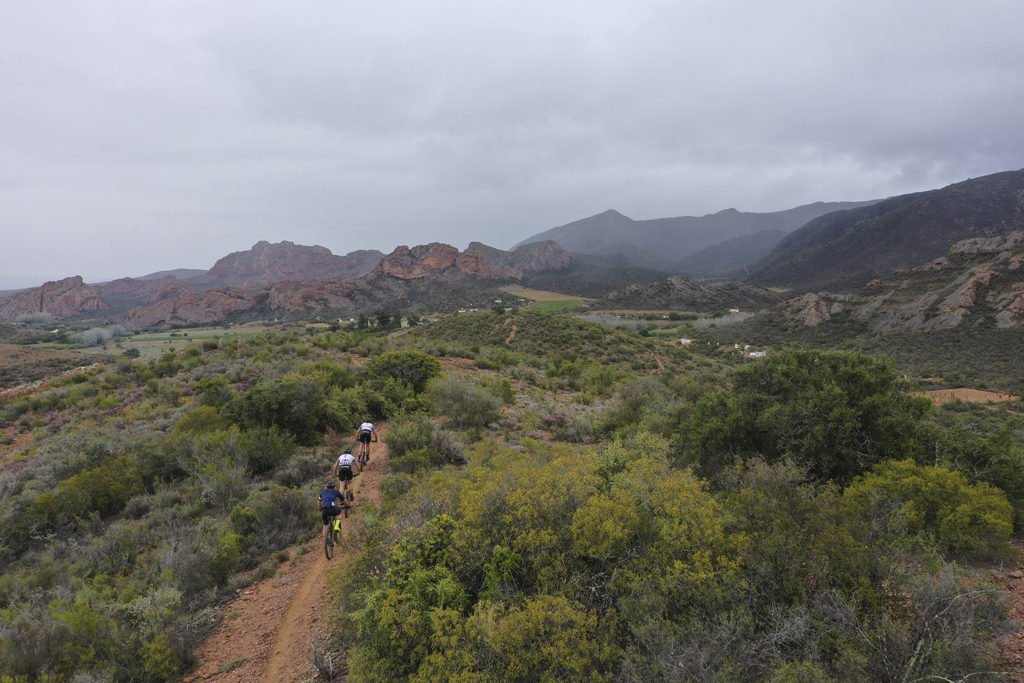 Calm before the storm as riders traverse through the breathtaking Klein Karoo. Photo: www.zcmc.co.za

The lead changed hands a couple of times on the route, but KMC Focus braved the testing conditions to storm to the Swartberg summit first and retain the pink jersey with an impressive 8 minute lead.

Team KCM Focus and Team Garmin were the only female teams to cross the monstrous mountain top finish line.

Tomorrow marks the sixth and final stage of the Momentum Health Cape Pioneer Trek presented by Biogen, where the 2018 ‘Race with Soul’ champions will be crowned.