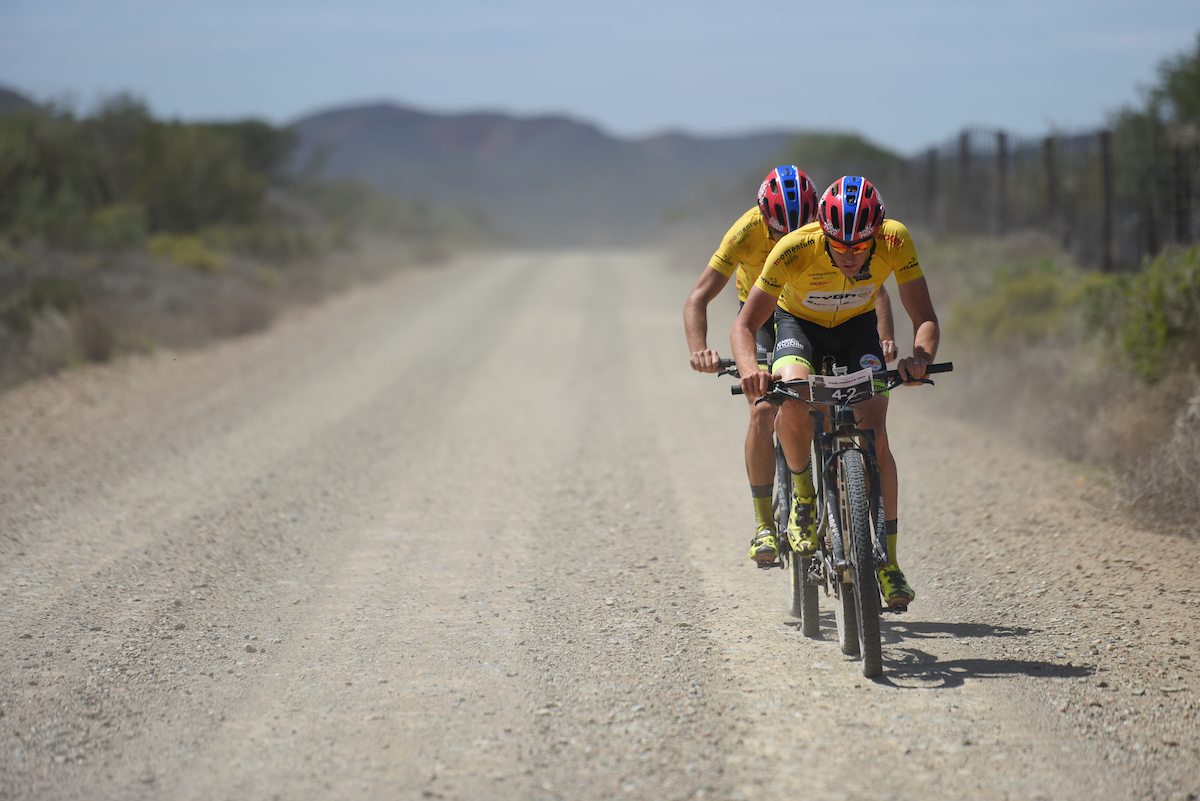 Riders left the lush forests of George for the arid terrain of the Klein Karoo today for the fourth stage of the Momentum Health Cape Pioneer Trek presented by Biogen.

With sweltering heat and over and 115 km’s to conquer, the stage proved to be the toughest one yet.

Adding to the already challenging conditions were brand new climbs that had never seen mountain bikes before. In a true mettle tester, riders faced an unrelenting terrain with loose shale, ruts and technical rocks.

After almost four and a half long hours in the saddle, Matthys Beukes and Philip Buys (Pyga Euro Steel) snatched up the victory to secure the yellow jerseys for yet another stage. 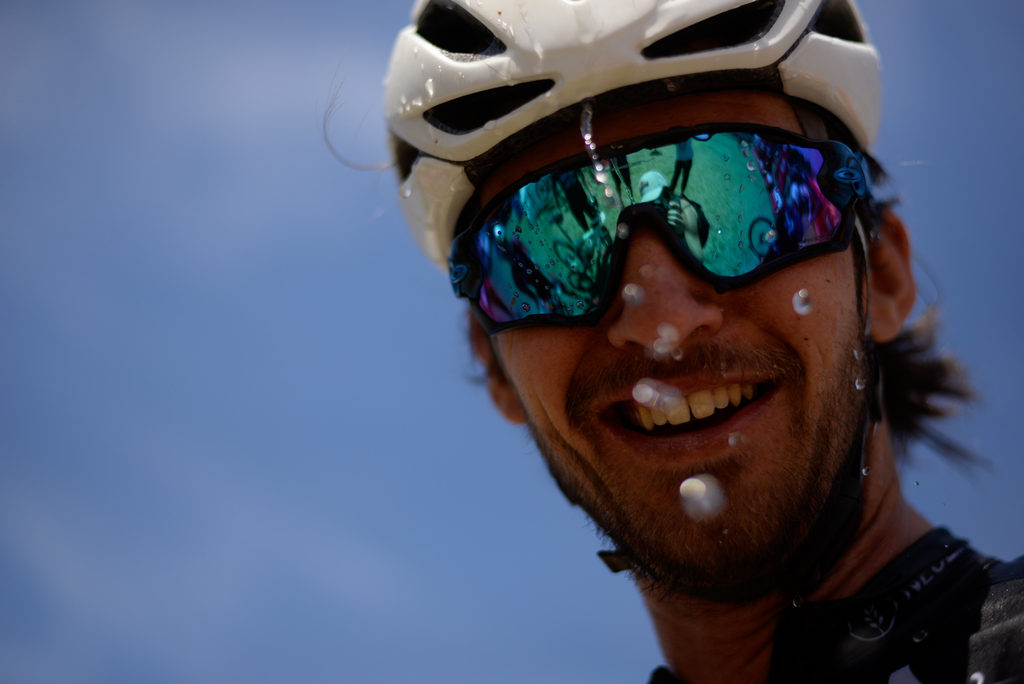 A satisfied Matt Beers at the finish line after a testing day out in the field. Photo: www.zcmc.co.za

It was a particularly tough day for Matt Beers, who punctured 45km’s into the route.

Unable to fully repair the damage to his tyre, Beers remained calm and took on the harsh terrain with a flat for just over 30km’s before he reached the next tech zone.

“I had no idea what to do, and thankfully my bush mechanic Gawie managed to make a plan out there. Anyway, three bombs and four plugs later – I managed to make it to the tech zone. The rest of the race was spent chasing the leaders, so we’re super proud to pull of a third place!” said Beers.

The breathtaking Montagu Pass that riders took on during stage 4 of the Cape Pioneer Trek. Photo: www.zcmc.co.za

The women’s category saw a complete shake up in the General Classification.

Michelle Vorster and Aurelie Haldwachs (Landrover Women), who had held the second spot overall, decided to withdraw from stage four and ultimately bowed out of contention for the Cape Pioneer Trek title.

“Aurelie hasn’t been well since the event began. She’s been battling with a chest infection and today I could just see her body had no power left. Health comes before racing,” explained Vorster.

It was Team Garmin’s Yolandi du Toit and Catherine Williamson who snatched up the stage win after a tough 5h10m27s.
“We were up against some extremely tough terrain, and the heat didn’t make it any easier. Couldn’t be happier to get another stage win with a healthy partner! It was beautiful out there,” said du Toit.

The third and final spot on the podium welcomed new-comers Simone van Aardt and Sarita Louw from Team Faith.