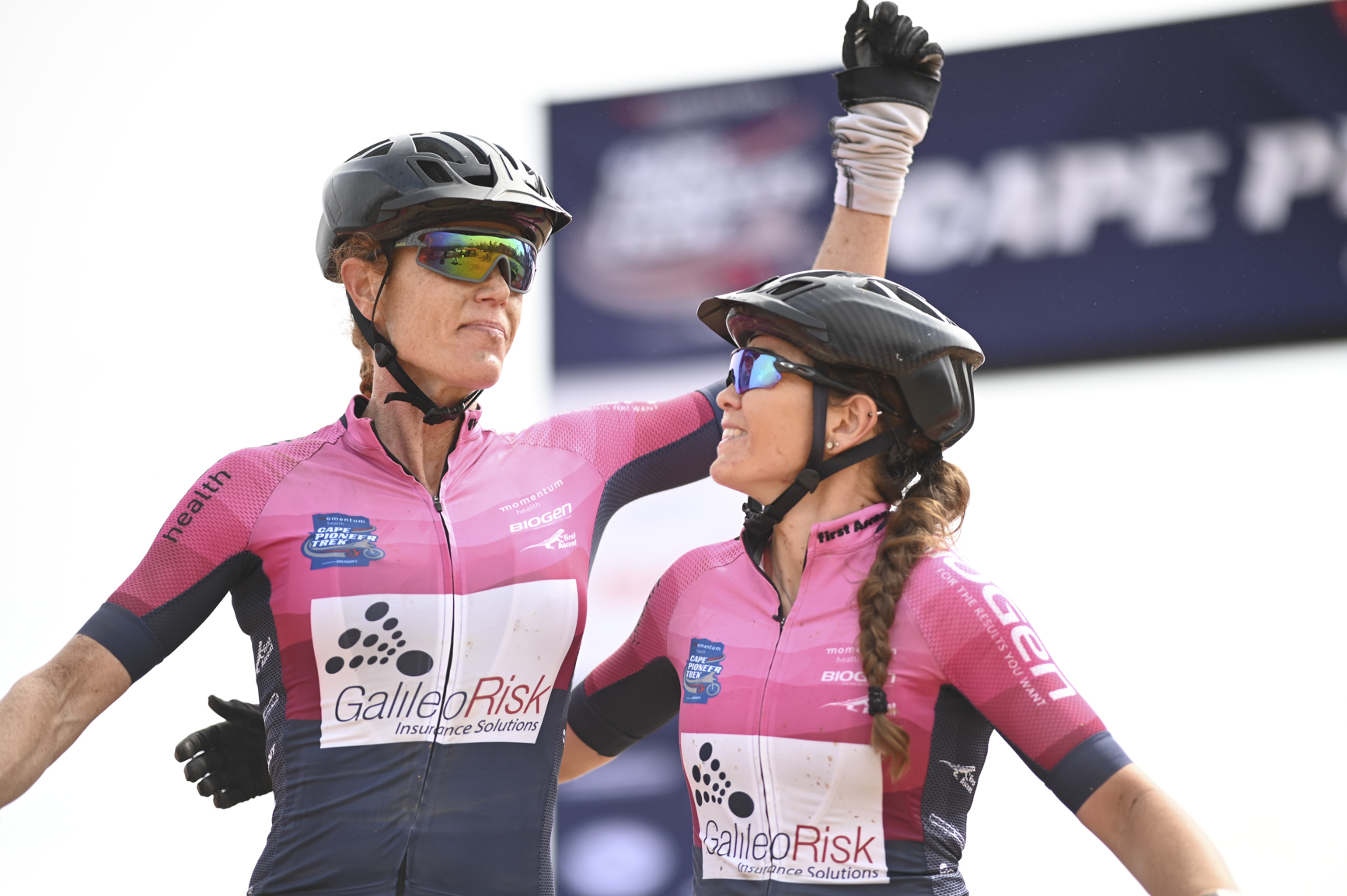 Stage three of the Momentum Health Cape Pioneer Trek presented by Biogen took riders in an easterly direction towards Louvain.

The day began with fast-flowing single track that traversed the Northern foothills of the Outeniqua Mountains. Determined to maximise their hometown advantage, it was DSV’s Gert Heyns and Arno du Toit who set off guns blazing. With Montagu Pass looming and uncomfortably cool conditions, today’s stage was all about energy management.

Things looked promising for Heyns and Du Toit as they put the hammer down all the way to the top of Montagu. It wasn’t long before Team NAD caught up, however, leaving general classification leaders Team KMC trailing in the distance.

In the final race to the finish line, Team NAD slid into the lead and stormed ahead to steal the stage victory ahead of Team DSV. In third place for the day was Team Asrin’s Wolfgang Krenn and Moran Vermeulen, followed by Gerben Mos and Tim Smeenge in fourth.

Once again, the seemingly unflappable KMC pairing did enough damage control to hold onto the yellow jerseys for yet another stage. With less than a minute separating them from DSV, sparks are set to fly as riders brace themselves for the unforgiving Kammanassie tomorrow.

It was once again Galileo Risk – Liv’s Theresa Ralph and Sarah Hill that set the women’s elite field alight. The pair launched their attack on Montagu Pass and didn’t look back, leaving a floundering Sam Sanders and Amy McDougall in their wake.

The Dormakaba team has been desperately trying to play catch up after puncturing on the Prologue, but to no avail. With three stages to go and a mere two-minute gap, the title race is still wide open.

Finishing the stage in third was Seattle Coffee’s Nicky Giliomee and Cherise Willeit.