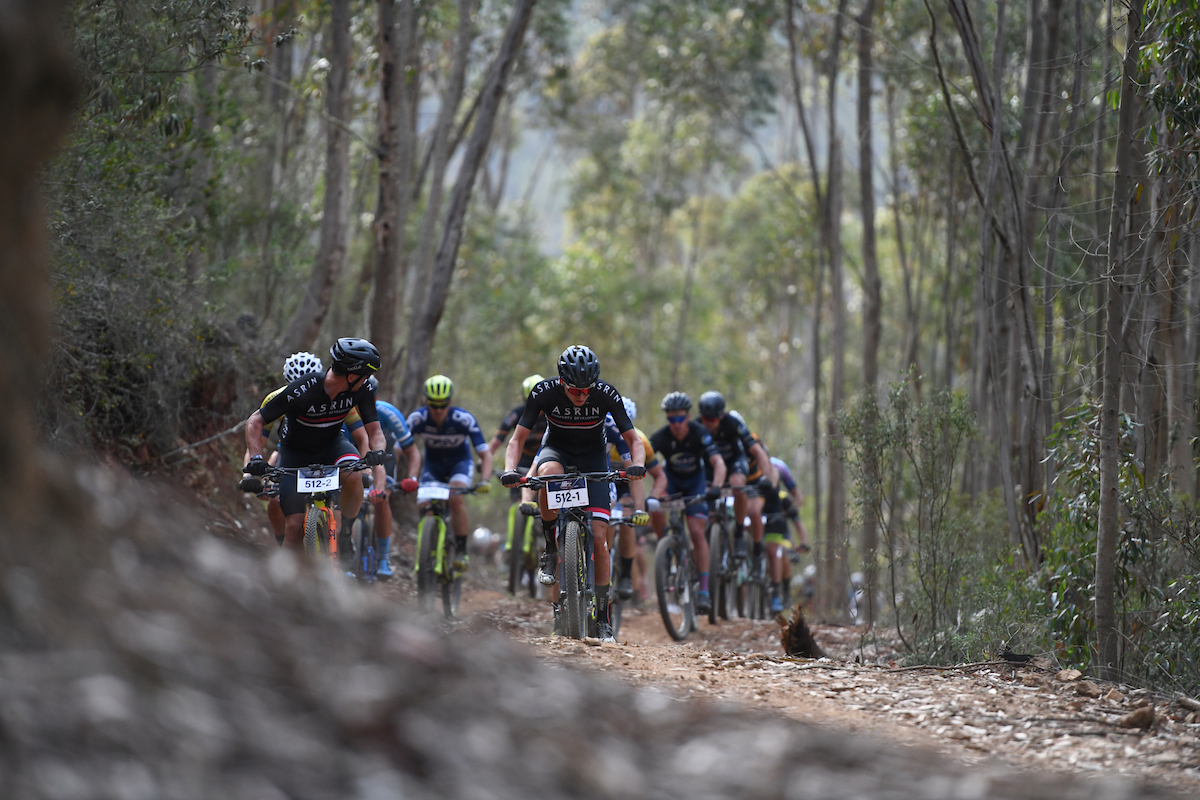 ‘Outeniqua Odyssey’ marked the first of the journey stages at the Momentum Health Cape Pioneer Trek presented by Biogen. After a neutral ride through Mossel Bay to bid goodbye to the town, riders began to chip away at the 114km route with over 2000m of climbing in store.

Men’s elite leaders Gerben Mos and Tim Smeenge (KMC) started the day driving the tempo up front, fully aware of the three teams lurking behind them waiting for the opportunity to pounce. Team DSV’s Gert Heyns was the first to launch an attack and immediately Team Imbuko Giant’s Nicol Carstens and Marco Joubert responded.

It wasn’t long before Team Asrin’s Wolfgang Krenn and Moran Vermeulen and Team Nad’s Nico Bell and Hendrik Kruger jumped on board. With heavy legs after yesterday’s big effort, it looked like the yellow jersey wearers would be the first causality of the day, and were indeed distanced not long later.

With the ever-looming Outeniqua Mountains in the distance, the field was about to be blown apart. After a slight lapse of focus, disaster struck for Imbuko Giant as they punctured for a second time.

The final stretch of the route presented technical single track and a gnarly descent. Team KMC were not about to go down without a fight and began to claw their way back. The powerhouse DSV pair of Heyns and du Toit responded by putting the hammer down with Team NAD as the only team able to hold onto their pace to the finish line.

It was Team KMC who managed to regain enough ground to finish the day in third, and ultimately do enough damage control to hold onto the yellow jerseys for another stage.

The women’s elite race saw another showdown between Galileo Risk – Liv’s Theresa Ralph and Sarah Hill, and Dormakaba’s Sam Sanders and Amy McDougall. Once again it was Dormakaba who got the upper hand in the stage, but were unable make up enough time to oust Hill and Ralph out of their pink jerseys.

Finishing the stage in third was Seattle Coffee’s Cherise Willeit and Nicky Gilomee. 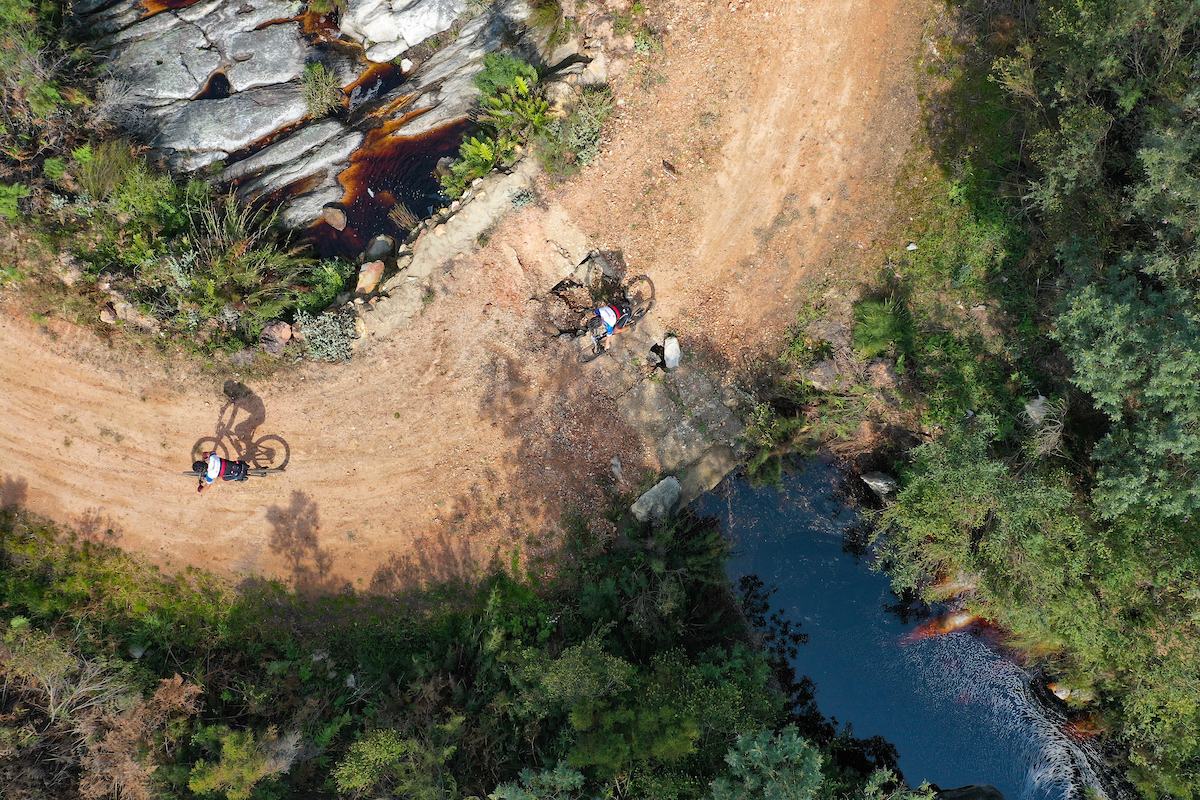